The Hohe Brücke office building by AllesWirdGut Architects represents the successful translation of the Genius Loci of the structure of a hillside village that developed over a period of more than 120 years onto a flat site in an urban industrial zone. The corporate headquarters of the global market leader in ropeway construction is defined by a silhouette that unifies nine individual building elements which contain a highly integrated office environment. The presence and simple elegance of the building are documented in a 31-part series of images by the photographer Hertha Hurnaus, enhanced by 24 snapshots by Marc Lins that capture the ambience and atmosphere of the former workplace in Rickenbach. In addition to an essay by the architectural journalist Maik Novotny on the urban design significance of the placemaking and a text about the historical development of the Lower Rheintal three comprehensive interviews with the key players in the development of the building offer an insight into its strategic organization and both the concept behind and the technical implementation of the architectural design.

The book aligns itself, in both formal and contentual terms, with the basic ideas of the architectural concept. Hence, the design presents itself as a spatial continuum through which one can leaf one’s way. Rather than being positioned precisely alongside each other the text and images come together during the course of reading the book to create a coherent panorama. The division of the book into a total of eight thematic sections is achieved by the use of a range of types of paper which reflect, both visually and haptically, the materials that largely define the appearance of the nine buildings. 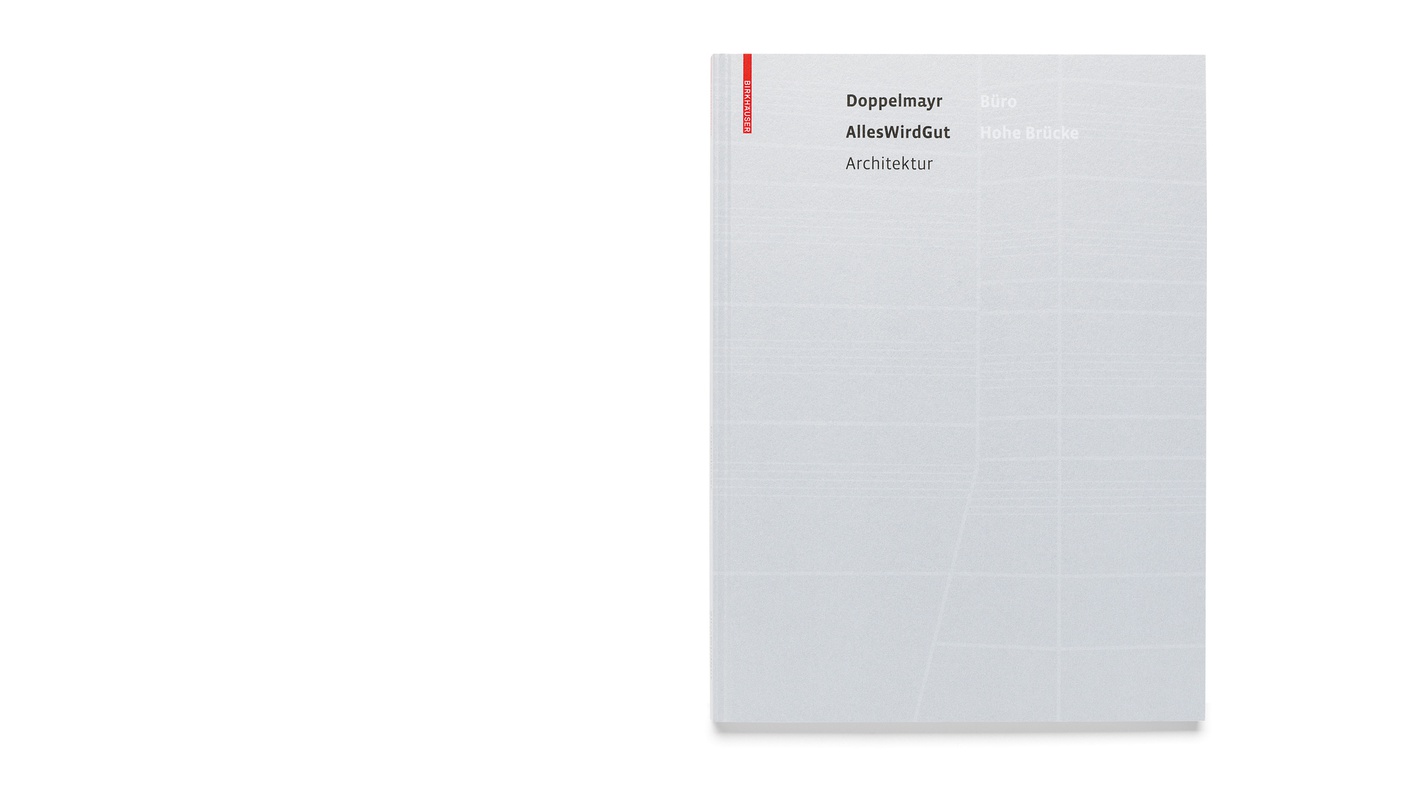 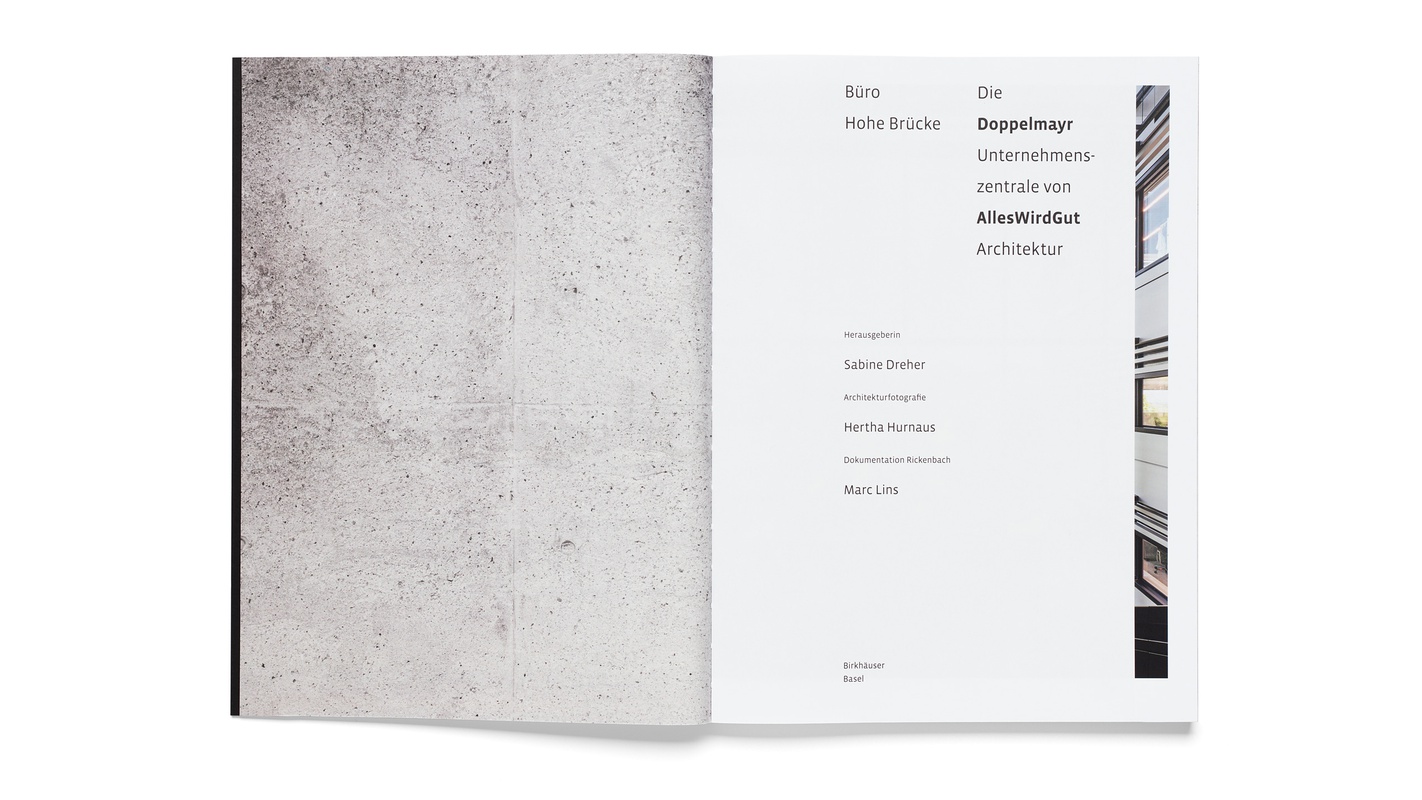 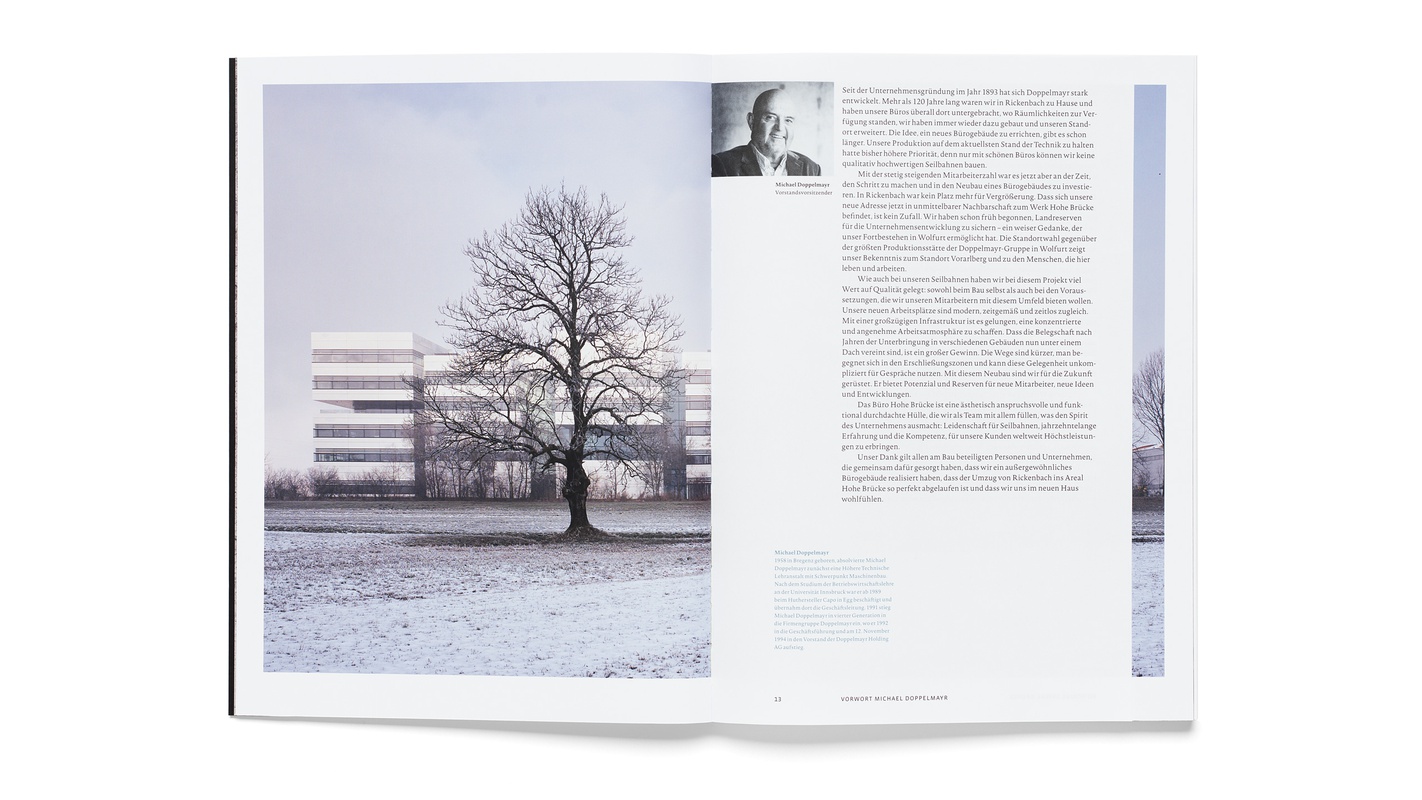 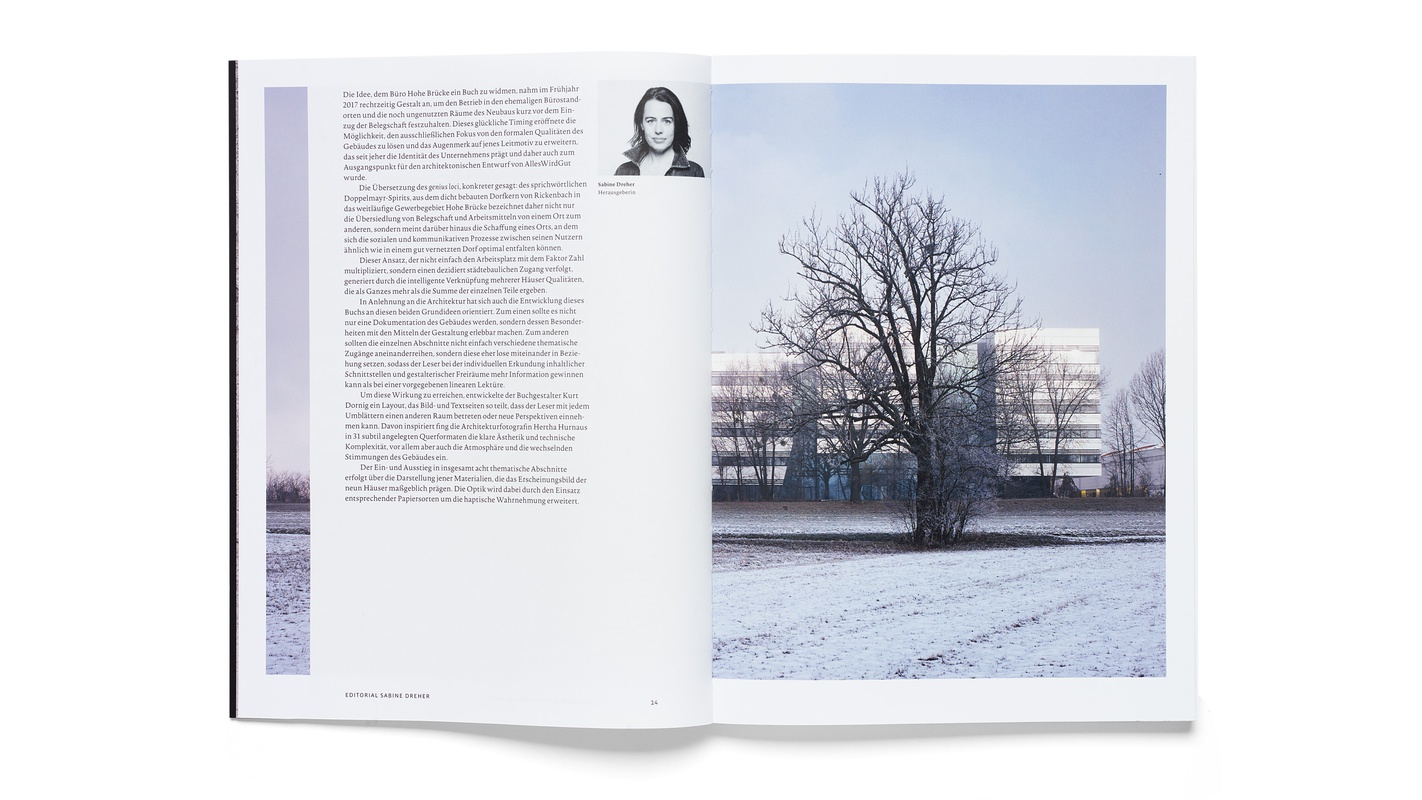 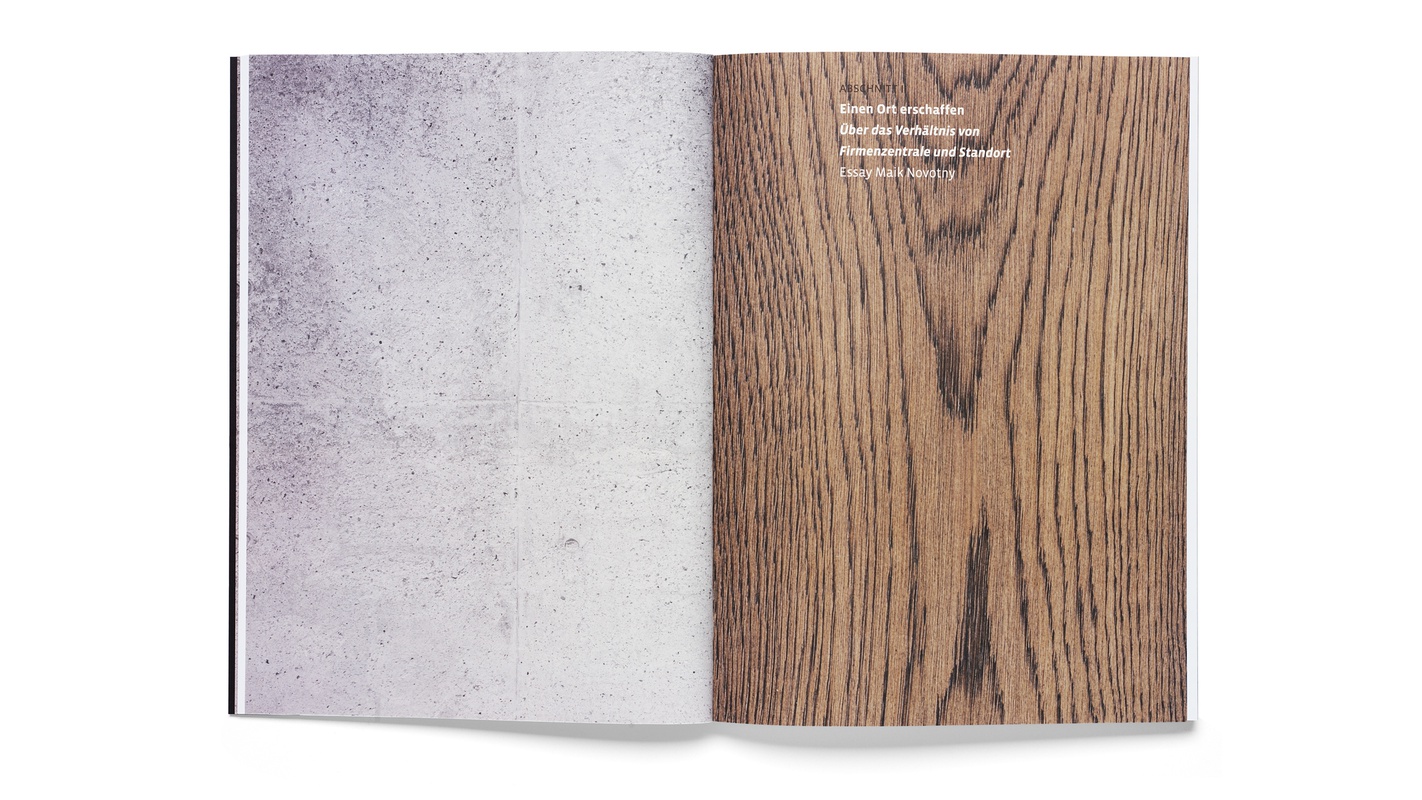 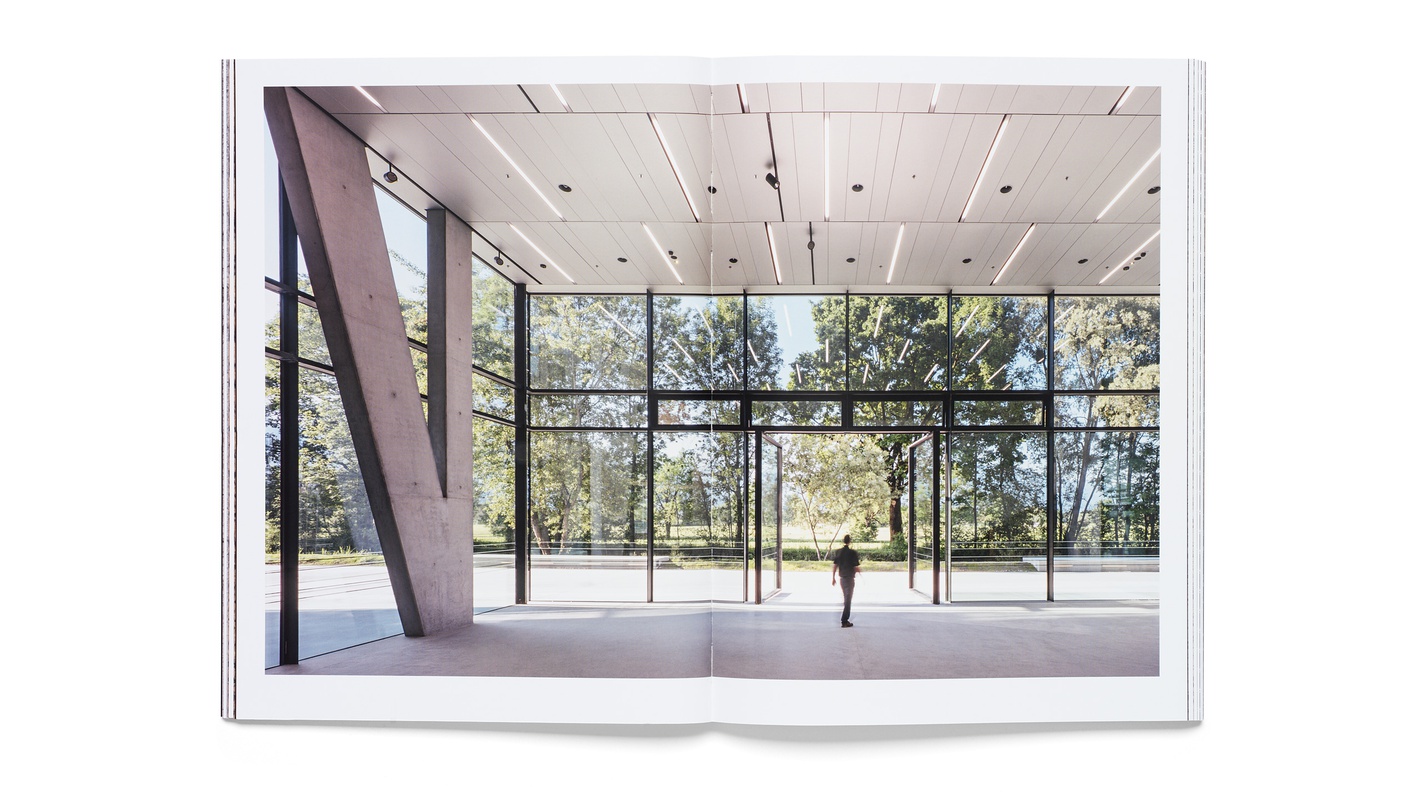 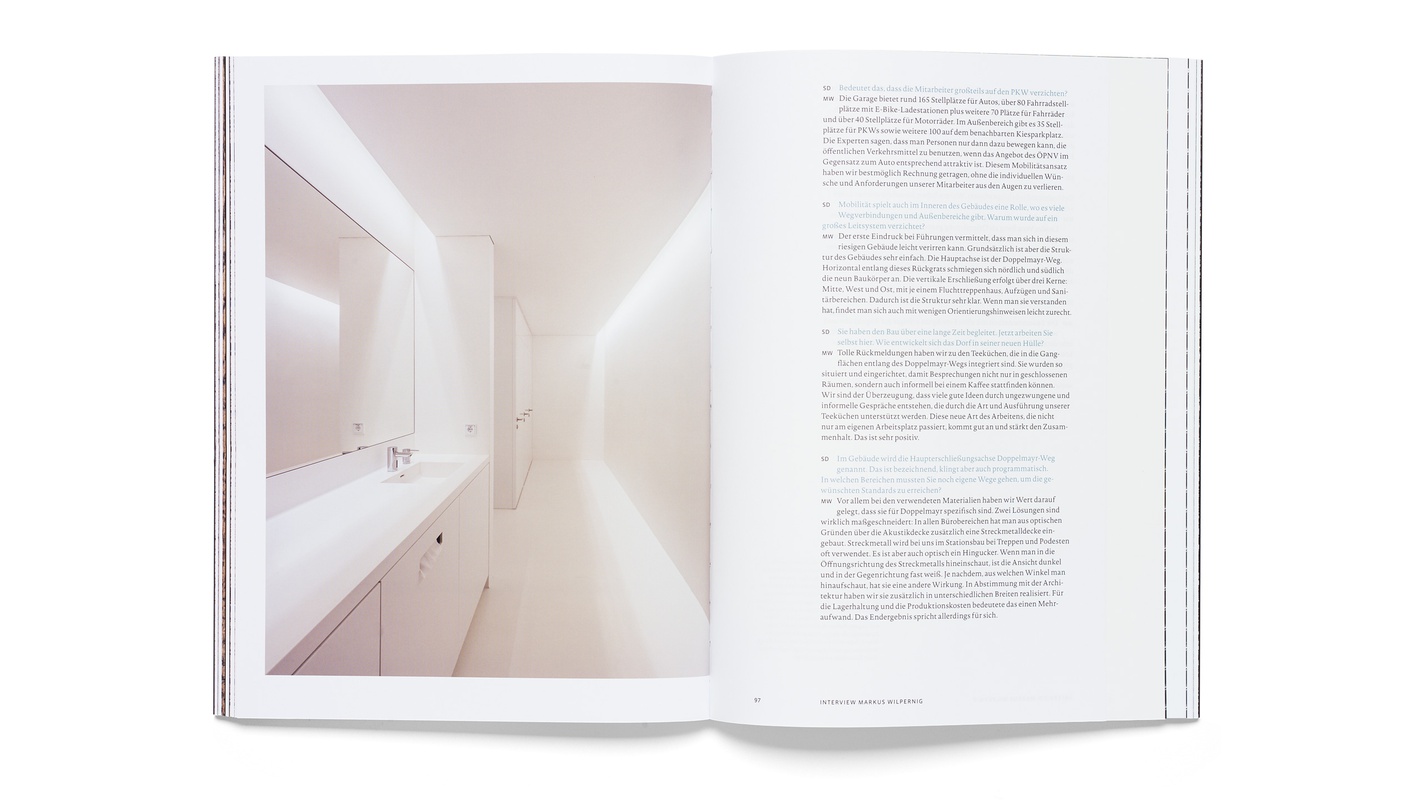 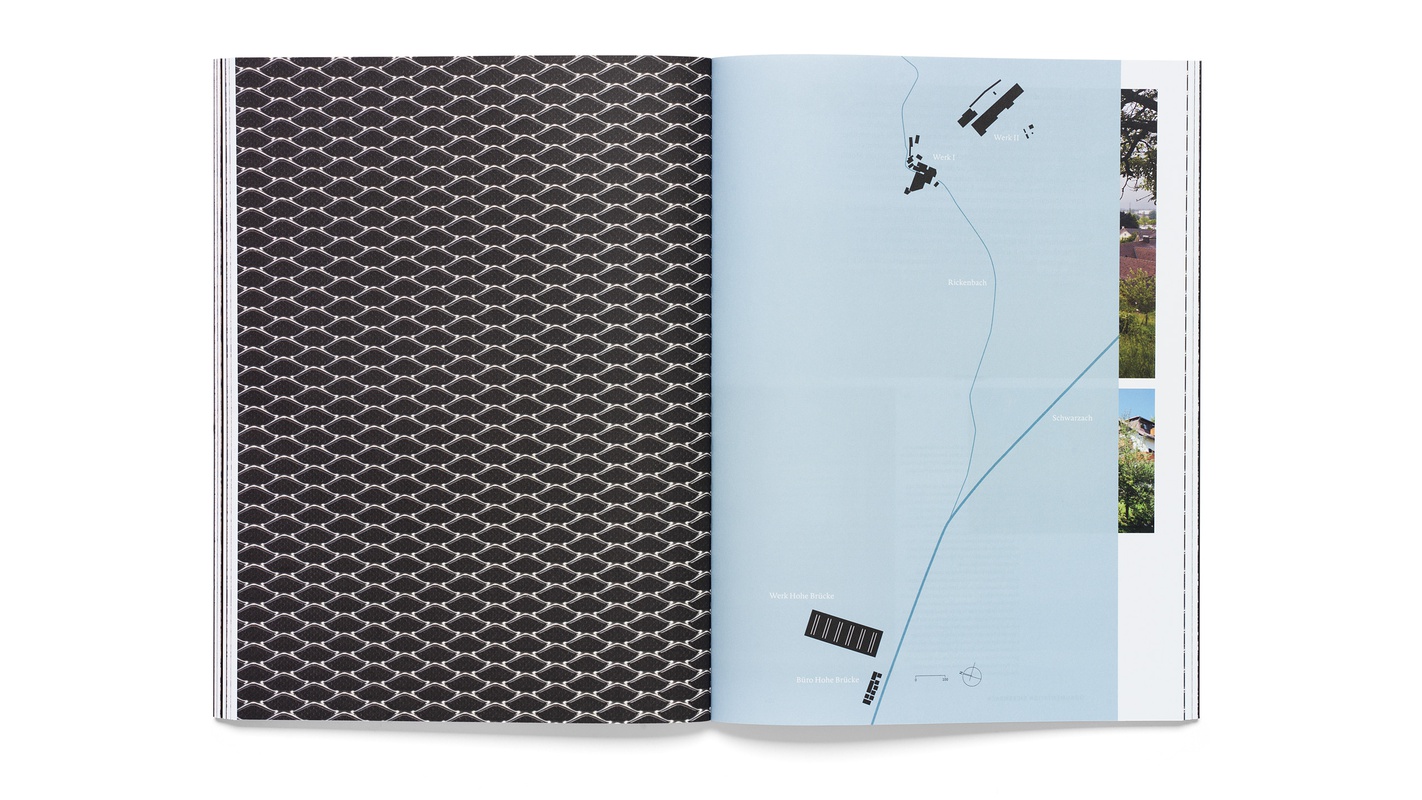 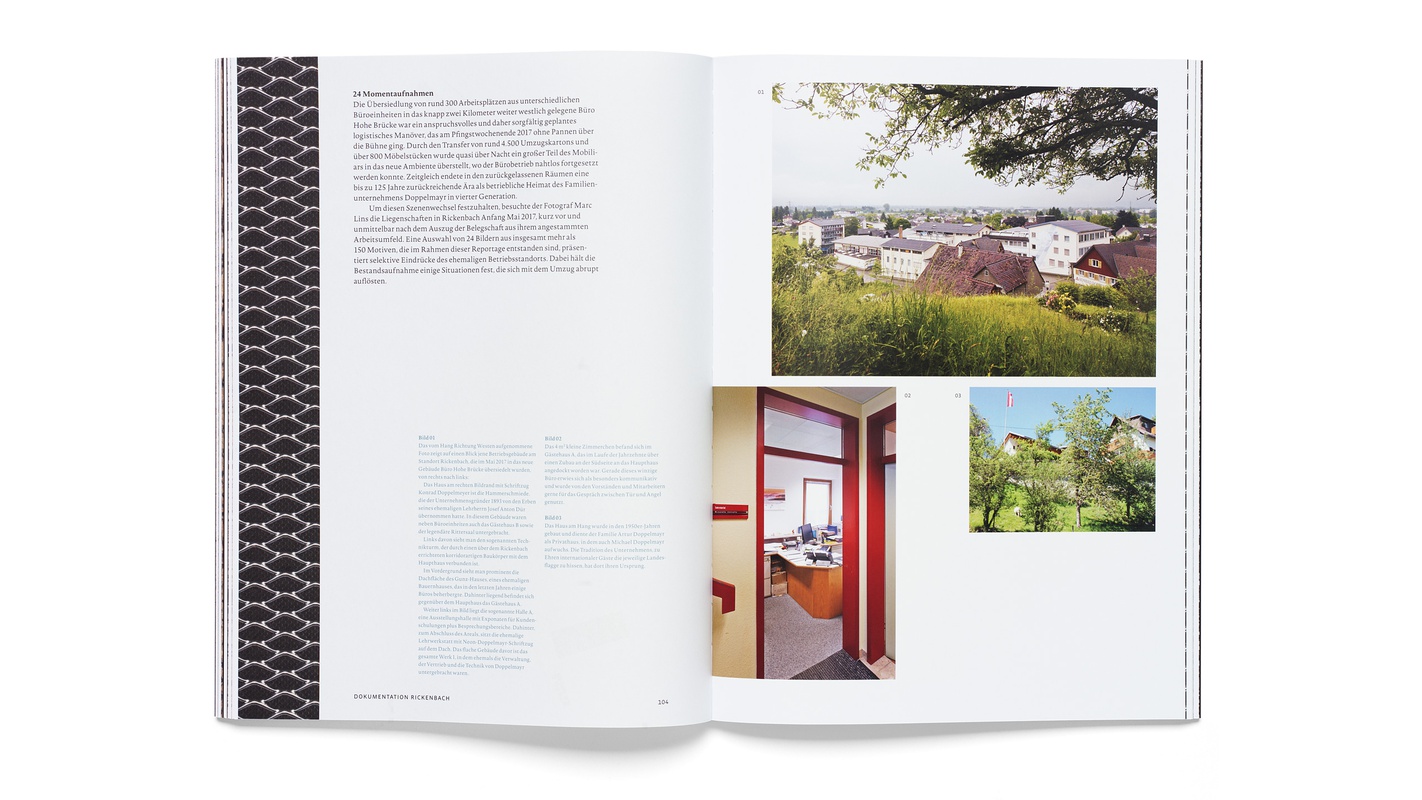 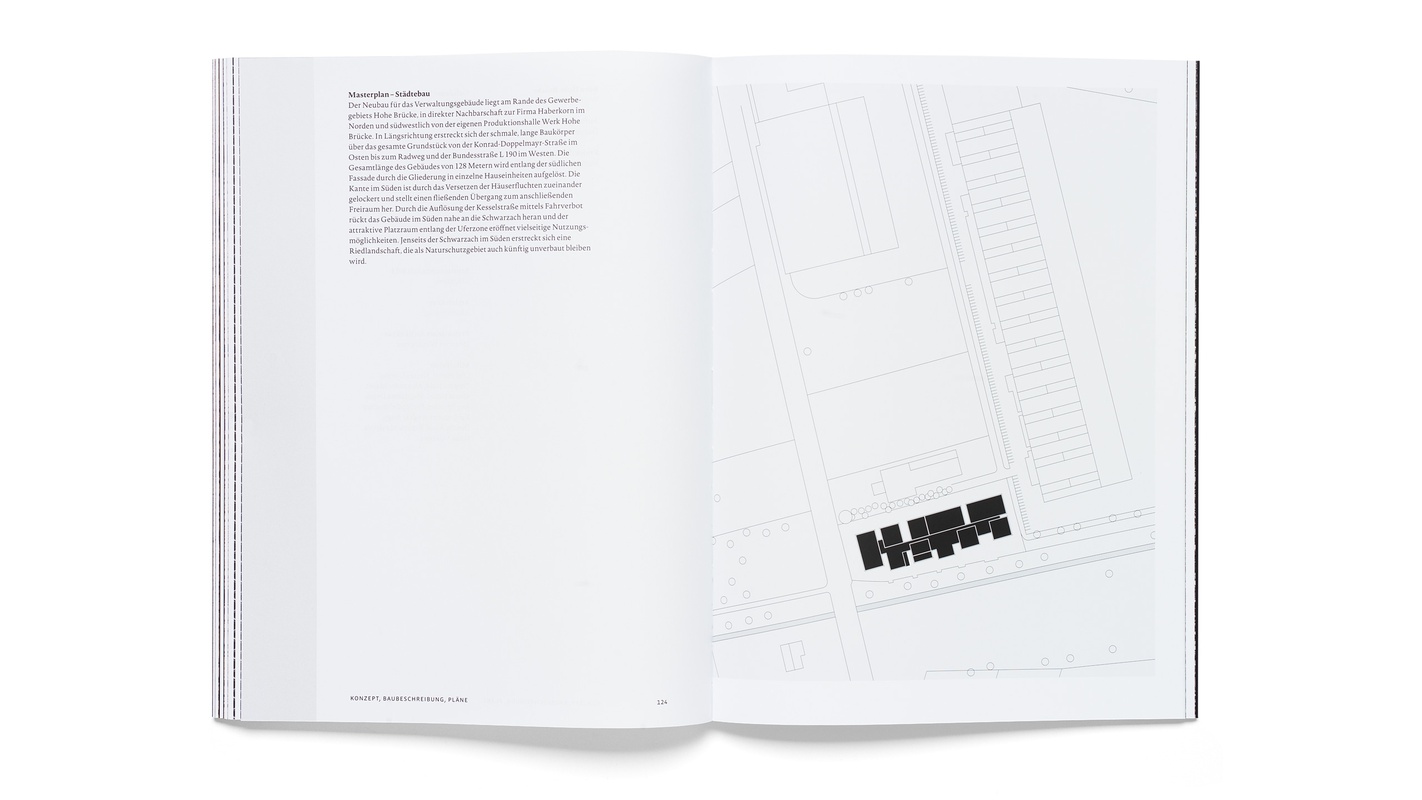 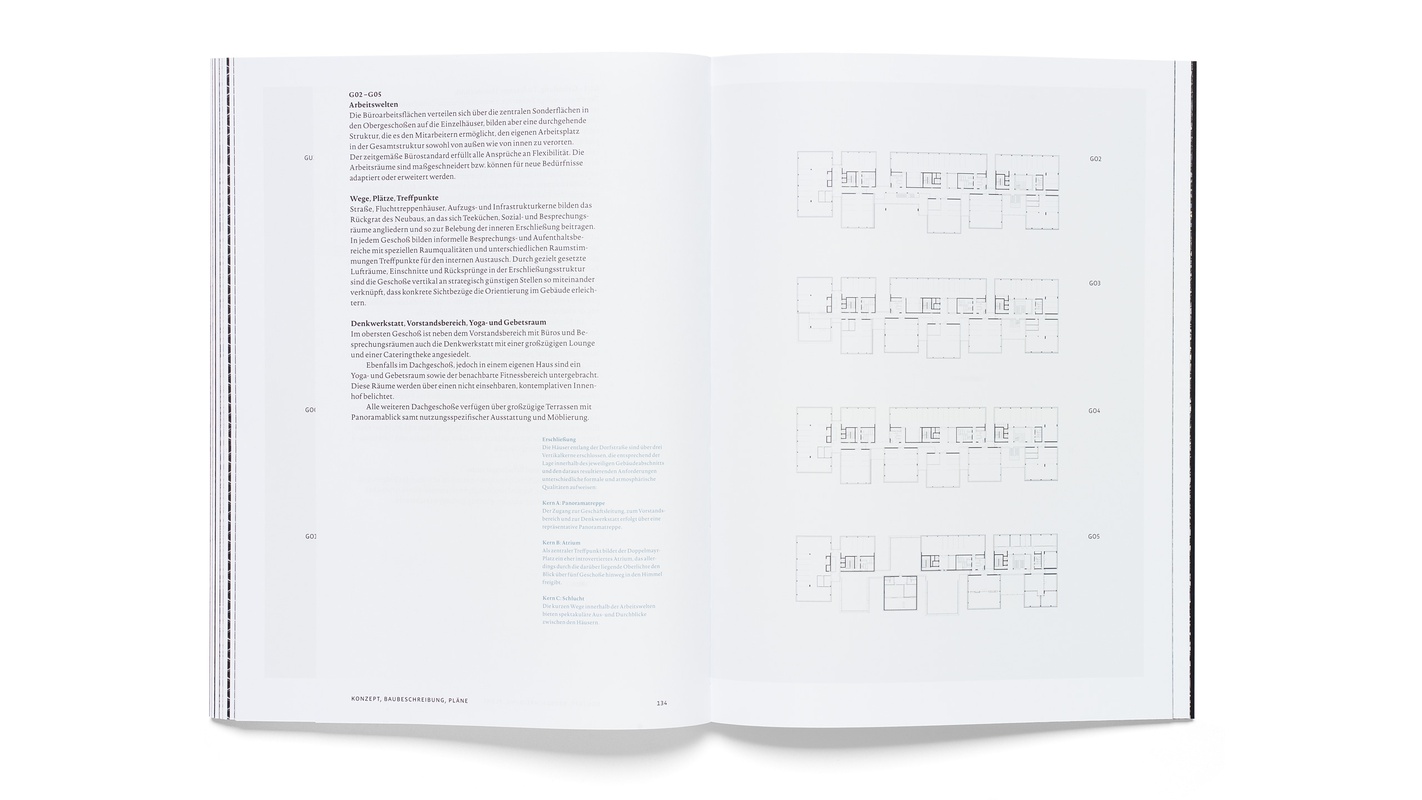 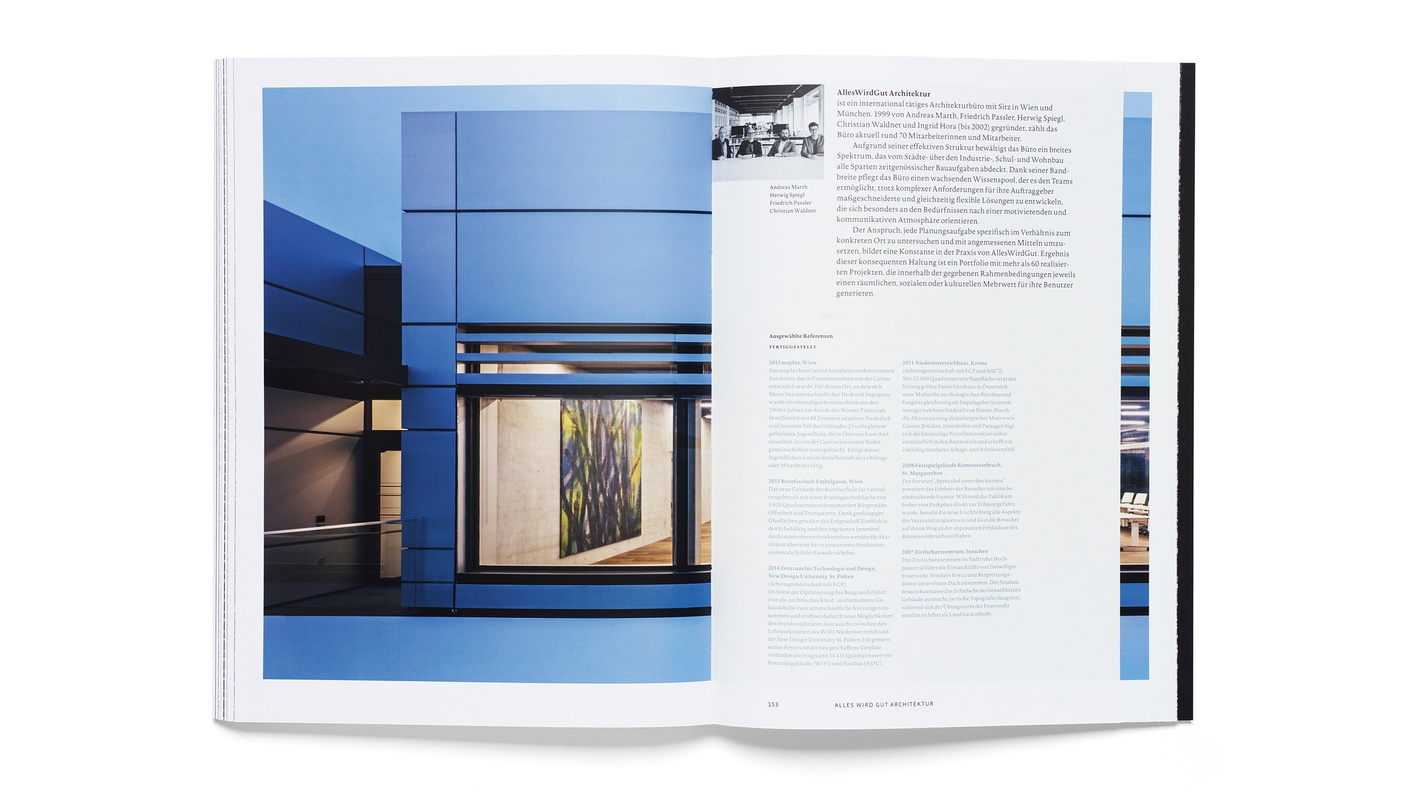 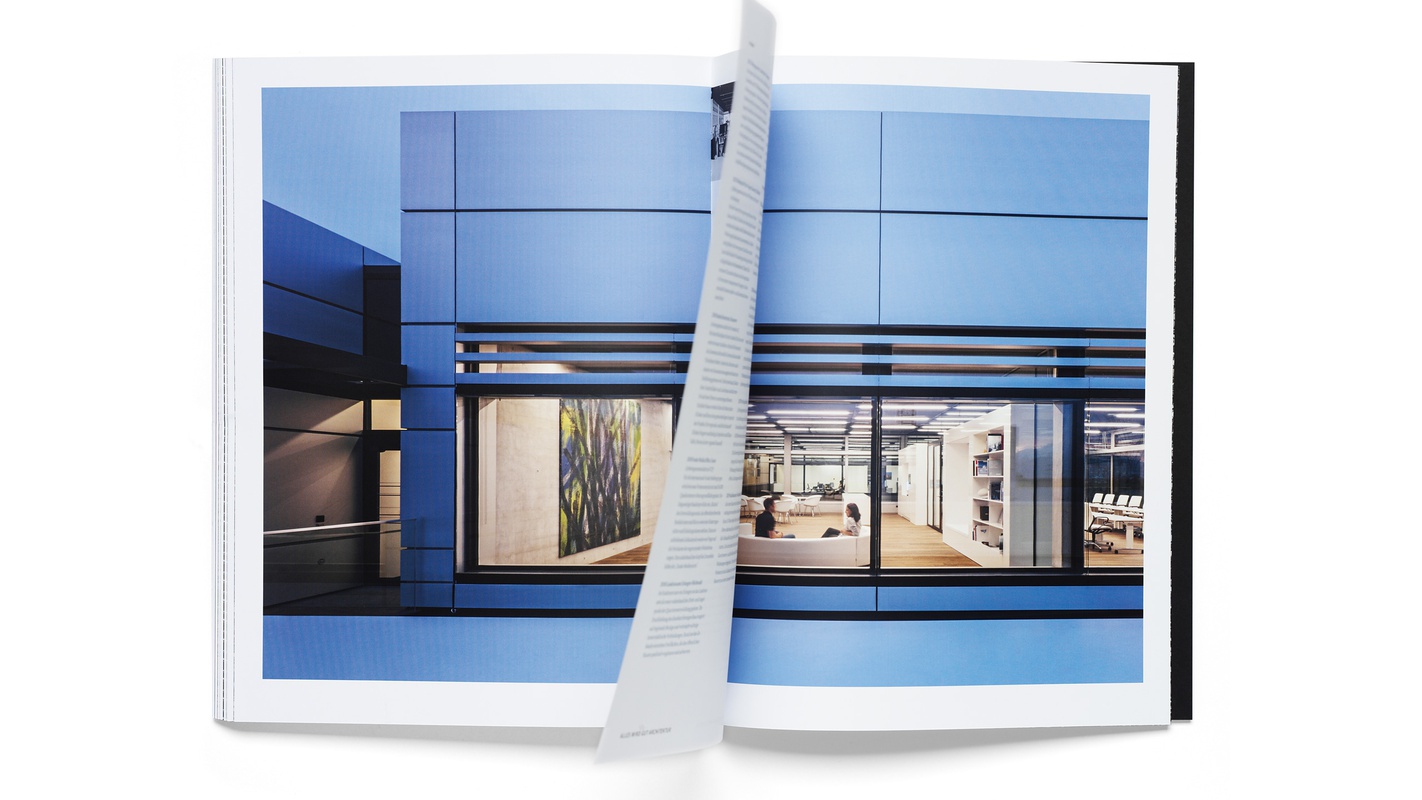 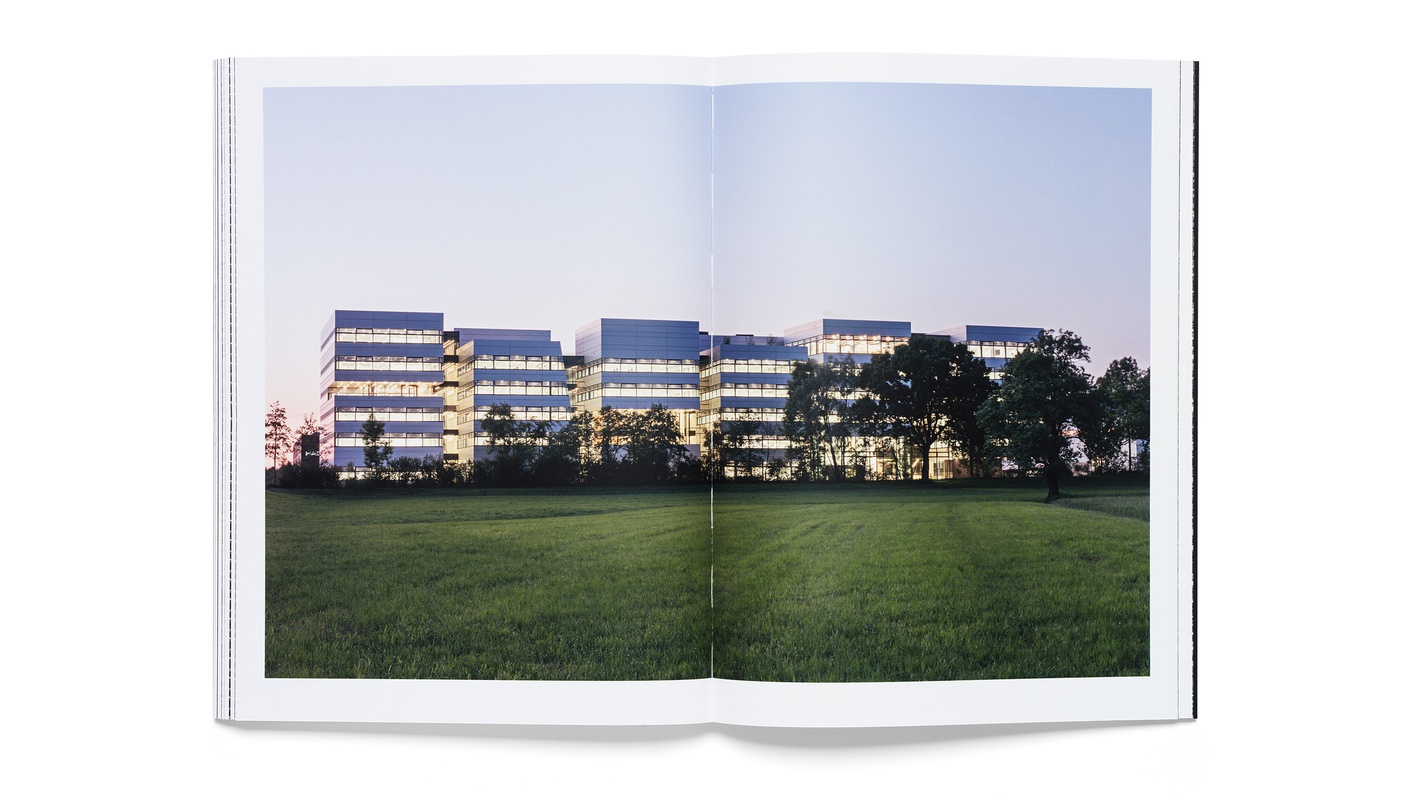